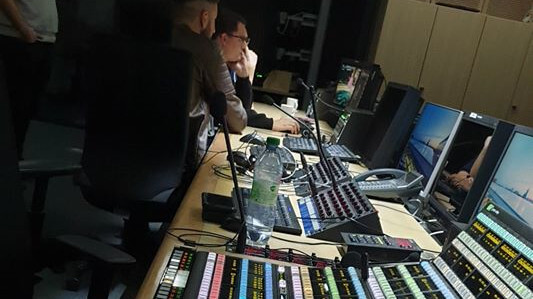 After some successful tests in the KST Innovation Center at the end of 2019, the test installation of the VR-Studio solution “Reality” from Zero Density based on Epic’s Unreal-Engine followed immediately.

Thanks to the excellent cooperation between CBC and the KST team, the system could already be fine-tuned during the three-month beta test phase through customized-orientated fine-tuning. CBC made the decision for the “reality engine”.
Only a few days later the acceptance for the first of several planned project phases took place. In this first expansion stage, CBC works with four reality channels.
Already in March, the system went live in the test environment for the studio production of numerous magazine formats of the Media Group RTL Germany.

Besides the extreme photo realism made possible by the Unreal engine, the high performance and profound interaction between presenter and 3D set, the groundbreaking Difference Keying technology was a decisive factor in choosing Reality.