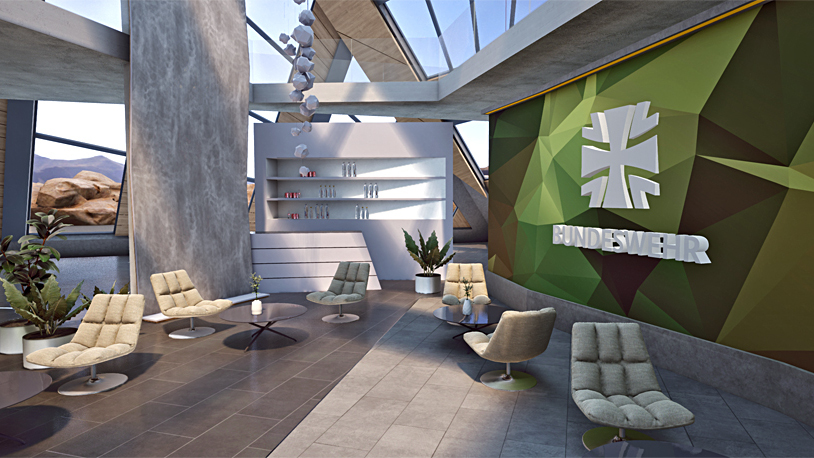 Recently, the magazine FILM TV VIDEOpublished a detailed report on the implementation of a virtual studio for the German Armed Forces – carried out by ProjektSystemhaus KST Moschkau GmbH.

The Bundeswehr is building a studio building in Mayen. The Virtual Set designed for this purpose is already finished.

The system house KSTfrom Düren has designed and implemented a Virtual Studio for the German Armed Forces (Bundeswehr) – 4K-capable throughout and largely automatable.

The Bundeswehr Operative Communication Centre(ZOpKomBw) will operate the studio, the project management for the installation was carried out by the Federal Office for Equipment, Information Technology and Use of Bundeswehr (BAAINBw U5.6).

Axel Moschkau, Managing Director of KST, says: “The Bundeswehr now has pioneering TV production technology at its disposal. In the area of Virtual Set and Robotics, modern, highly efficient technology is available here. “

The Virtual Studio of the Bundeswehr is set up and fully operational. At a later date it will move to another building. “We have planned and prepared for this. The technology is now fully usable immediately, and the transfer will take place quickly when the time is right,” says Axel Moschkau.

The green area was implemented as an L-shaped “Cyclorama Construction” and painted in the VR studio colour RealGreen. Extremely homogeneous light was used as illumination: this is a KST-VR light set with 5,900 K colour temperature.